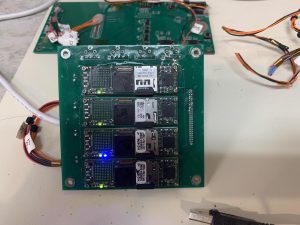 Yesterday, Jeremy Zawodny and Kathleen Morse were interviewed by STEM Voices by Charles Lee Mudd Jr. We provided updates on the Gumstix project, RACP (Resilient Affordable Cubesat Processor) and our participation with the NASA Cube Quest through Team Miles. We also provided some background on what motivated us to start Yosemite Space and our thoughts on the future of space development. See link to podcast below.

Gumstix arrive at the ISS

On July 18 at 12:45am EDT, the SpaceX Falcon rocket carried our company’s Gumstix payload into space. Data from this experiment will benefit our understanding of how System on Chip (SoC) technology (the computer chip in our smart phones) can be used effectively in space.  Creating space computers that can reliably use these will enable computationally demanding tasks such as autonomy and on-board data processing needed for future space missions.

In the next few weeks, our payload will be mounted to the outside of the International Space Station and we will be receiving real-time data.  This data will be published on our website.

For a summary of our program, see this video created by our CASIS sponsor.  Our program is described at the 3 minute mark.

RACP to be Developed through NASA SBIR

RACP will be a power-efficient high-performance space computer designed for low-Earth orbit (LEO) and deep space missions. RACP’s hybrid design combines the state of the art ARM System on Chip (SoC) processors with a non-radiation-hard-by-design FPGA and a radiation tolerant microcontroller to deliver fault tolerance, data integrity, and scalable performance. RACP’s physical dimensions and low power consumption make it ideal for vehicles as small as CubeSats. RACP includes custom health monitoring software that continuously watches vulnerable components for potential latch-up or degradation due to radiation exposure and takes corrective action as needed.  RACP will consume between 0.83 to 8.7 Watts of peak power depending on clock speed and workload.  At the high end, its compute performance will exceed 25,000 Dhrystone Millions of Instructions Per Second (MIPS), 2,100 Whetstone Millions of Floating Point Operations Per Second (MFLOPS) and 9,200 Whetstone Millions of Fixed Point Operations Per Second (MOPS).

This past week, Dr. Kathleen Morse spoke at the 13th Annual CubeSat Developers Workshop at Cal Poly.  She presented the Miles mission and discussed how the Resilient Affordable Cubesat Processor (RACP) is enabling mission autonomy through its high performance and resiliency.

The NASA Cube Quest Challenge is a competition to build flight-qualified, small satellites capable of advanced communication and propulsion near and beyond the moon. Teams that achieve top performance at high-speed data communications, navigation and survival after achieving lunar orbit or a minimum long-distance range from Earth compete for an unprecedented $5.5 million prize purse in NASA’s first ever in-space challenge. Cube Quest is part of NASA’s Centennial Challenges Program, which accelerates technology by engaging non-traditional sources in competition. 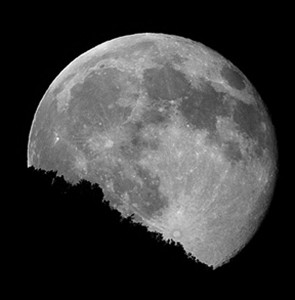 Yosemite Space’s RACP is a power-efficient high-performance space computer design for low-Earth orbit (LEO) and deep space missions. RACP’s hybrid design delivers fault tolerance, data integrity, and scalable performance. RACP’s physical dimensions and low power consumption make it ideal for vehicles as small as CubeSats. RACP can support processing data from multiple sensors and any needed autonomous processing and control. Processors will run a Linux operating system, which means that mission software can be built and tested with standard open source software tools. Finally, components of RACP will be screened through radiation testing to ensure that the computer will operate reliably.

The winning teams will be formally recognized Wednesday, Sept. 9, during a media telecom, and there will be an opportunity for media to interact with teams and challenge personnel.  For a full list of all of the winners in NASA Cube Quest Challenge Ground Tournament Round 1, visit: http://www.nasa.gov/directorates/spacetech/centennial_challenges/cubequest/nasa-awards-first-round-prizes-in-cube-quest-challenge.html .

Team Miles is a group of citizen scientists focused upon low cost space exploration. Team members stretch from coast to coast, though a majority can be found at the Tampa Hackerspace in Florida. For more information, please visit: http://miles-space.com/ 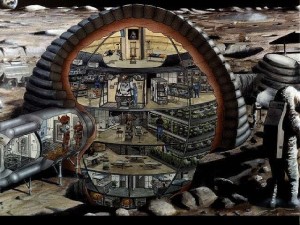 In late May of this year, Yosemite Space presented analyzed radiation data from ground radiation testing of three models of Gumstix: Earth, SandStorm and Water at the Single Event Effects Symposium.  Expected rates for single event effects in low earth orbit were presented.  Yosemite Space also showed that almost all Gumstix showed stuck bits in RAM when exposed to 64MeV protons.  Further testing indicated that this was likely due to microdosing.  Experience and knowledge from these tests are influencing the design of the Resilient Affordable Cubesat Processor.

Data from ground testing will be compared to space data once the Yosemite Space Gumstix payload is launched to the ISS and placed in the NanoRacks External Platform.  This s expected to occur in 2016.

Slides from this presentation are here: SEE_Gumstix_YS 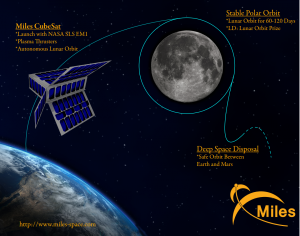 Earlier this year, Yosemite Space joined Team Miles to compete for the Cube Quest.  Yosemite Space is contributing to radiation shielding and mitigation, structure and command and data handling.  Team Miles will fly Yosemite Space’s Resilient Affordable Cubesat Processor (RACP) if Team Miles is selected in GT4 for a space flight.  RACP is currently at TRL 4. 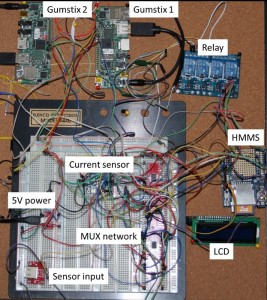 Advanced Materials Applications, LLC (AMA) is pleased to announce our name change to Yosemite Space.  This change reflects our primary focus on developing innovative products for Space applications.  In late October 2014, a Yosemite Space experiment using state of the art System on Chip (SoC) technology will be deployed in the NanoRacks External Platform outside the International Space Station.  This platform will expose the components to space radiation and communicate the status of the Yosemite Space payload back to Earth.  Information on computing  performance will be used by Yosemite Space to develop next generation reliable computers.

The Yosemite Space logo was inspired by the Space.com photograph of the International Space Station traveling across the night sky above the spectacular landmark Half Dome.

Special Update:  Our payload was bumped from the Oct. 2014 flight.  Final flight date is still pending.